Posted on October 30, 2016 by positivelyjohn

“ The Devil doesn’t come dressed in a Red Cape, and Pointy Horns, he comes disguised as everything you’ve ever wished for”~ Anonymous 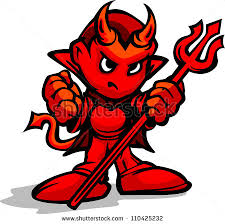 That being said takes us to the greatest warning we could ever have:

BE CAREFUL WHAT YOU WISH FOR, YOU MAY GET IT!

I will do my best to remain politically neutral in my writing as I respect that we all have different views based upon our situation and perception. I can however mention that this US Presidential election has been a demonstration of how low the state of American politics, leadership, and civic will has descended.

There are those that strongly advocate for personal responsibility and autonomy, wishing to be left alone to create their own lives through their personal efforts, minimizing Gov’t involvement. Then there are those that believe the Gov’t should be empowered to intervene in all aspects of life to ensure fairness and equanimity. There are serious flaws in both camps. That is not the underlying problem though. The real issue is decades of apathy. The assumption that everything is OK just as it is, I don’t need to get involved, someone else will take care of it: leave me out of it! Well. We all know about ASSUMPTIONS, and the “ Everybody thinks somebody else, will so no one does” paradigm take over.

2012 US presidential voter turnout was 54.9%. In clearer terms, 45.1% of eligible voters, allowed the direction of their lives to be determined by people they don’t even know. So the wish to have someone else take care of things has come true. DO YOU LIKE WHAT YOU’VE GOTTEN? Now, being an individual of strong will, there is a large segment of the population I wish would not vote, namely those that are not aligned with my position, but that is not my argument today. We have 2 candidates that are practically hated, both with serious flaws and questionable character. We have riots and fighting in the streets. There is real animosity between parties, and the opposing views are as polar opposite as ever before in American History. We can only blame ourselves.

Anyone that has ever read anything I write understands that I strongly believe we create out own reality through our thoughts, beliefs, focus and concentration. In short, there are no victim: what e are getting is what we created.

If we sit on the side lines lamenting how bad it is and point the irresponsible finger of blame, we will be powerless to change it. Only by owing the creation will we be able to have an impact on it!

I see thousands, hundreds of thousand of posts, videos, news reports and opinions on the state of this country. Will I see a voter turnout to match that? Or is everyone just talk!

Be responsible! Create your own reality. Be relevant, not just white noise.

THE JOURNEY IS THE DESTINATION

This site uses Akismet to reduce spam. Learn how your comment data is processed.